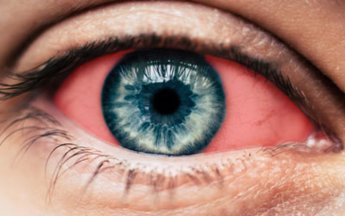 How do prosecutors prove that a driver was under the influence of marijuana?

TO PROVE A DRIVER WAS DRUNK, PROSECUTORS CAN USE EVIDENCE OF A HIGH BAC

If police suspect that a driver they just pulled over is impaired by alcohol, we all know, from watching movies and TV, what happens next. They ask the person to perform roadside tests, like the finger-to-nose test. The National Highway Traffic Safety Administration has actually only identified three tests, the Horizontal Gaze Nystagmus, the Walk and Turn, and the One-Legged Stand, as valid to show alcohol intoxication. The police also test the person’s blood alcohol content, or BAC, by getting a breath sample or sometimes even a blood sample. If someone’s BAC is higher then .08, that is presumptive evidence of intoxication.

TO PROVE SOMEONE WAS HIGH, PROSECUTORS IN OREGON HAVE TO RELY ON OFFICERS OBSERVATIONS

But what about weed? If the police arrest you for driving under the influence of marijuana, they will ask to administer a more involved Drug Recognition Expert (DRE) exam. They will also try to obtain samples of urine or blood. Washington and Colorado, where voters legalized marijuana in 2012, have a 5-nanogram limit on the level of THC in a driver’s blood. But Oregon has no per-se limit. Evidence of drugs or metabolites in the body is usually admissible. This type of evidence can be used to prove that a drivers apparent impairment was caused by a drug and not clumsiness or fatigue. Marijuana stays in your system for weeks, however, so evidence of THC in someone’s blood is not enough, by itself, to secure a conviction. Instead, prosecutors have to rely on police officers’ testimony about their observations and on police officer’s video footage.

Remember: whenever the police pull you over, they are looking, listening, and smelling for evidence of crime. Marijuana users show signs the police know to look for. Signs of impairment include red eyes, delayed reaction time, and sudden shifts of mood. (FUN FACT. Weed doesn’t cause red eyes because of irritation. Your eyes turn red as a biological reaction to the psychoactive drug in your system.) Marijuana smoke clings to hair and clothing and it has a very distinctive smell. Police also look for other evidence of recent use, like holding a smoking joint. And they ask trick questions like, “Did you smoke marijuana today?” You don’t have to answer their questions. People often do anyway.