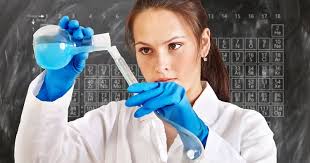 Detective Yerrick, who had, for nearly five years, primarily investigated cases of physical and sexual abuse of children, testified that, in her experience it was younger children (aged 3 or 4) who tended to be more susceptible to “suggestibility” about what happened than older children; that very few cases she had investigated involved a suspect who was “a stranger to the child;” and that suspects typically were people “connected to the [victim’s] family” and “someone that the parent has a good relationship with.” On appeal, defendant argued that such testimony was inadmissible because it constituted scientific evidence but lacked an adequate Brown/O’Key foundation establishing the testimony’s scientific validity.

The Court held that Yerrick’s testimony regarding her experience as a detective investigating cases of physical and sexual abuse was not scientific in nature and thus did not lack an adequate foundation. She would not have appeared to the jury as an expert on child suggestibility or the relationships between child abusers and their victims, the court opined, and her testimony was not presented in a way that would have led jury to accord her testimony the persuasive value of scientific principle. And she never said she was drawing scientific conclusions. State v. Evensen, 298 Or. App. 294 (2019).