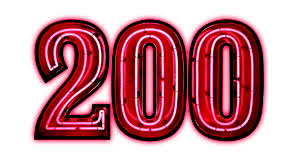 This case was recently sent back to the trial court for re-sentencing. I always pay extra attention to those cases. Defendant was convicted, pursuant to a guilty plea, of two counts of second-degree rape and two counts of delivering a controlled substance to a minor, and sentenced to 75 months’ incarceration on each second-degree rape conviction with one sentence to be served consecutively to the other and 18 months’ incarceration on the delivery convictions, to run consecutively to the second-degree rape sentences, for a total sentence of 168 months. The pertinent facts are as follows: defendant, who was 24 years old at the time, enticed two young girls who were skipping their middle school classes to come to his home by offering them marijuana. He had sex with them, and both girls smoked with him.

Turns out the 14 year sentence was illegal because the trial court failed to apply the so-called 200-percent rule to defendant’s sentences, under which multiple consecutive sentences were limited to twice the presumptive sentence imposed for the primary offense. Instead, the court imposed the “shift-to-column-I rule.” According to that rule, when multiple consecutive sentences are imposed for crimes committed during the same criminal episode, only the primary offense is sentenced based on the offender’s true criminal history and the additional offenses are classified under criminal history column I.

Apparently, BOTH the 200-percent rule AND the shift-to-I rule apply when a sentencing court imposes consecutive sentences on offenses that arise out of the “same criminal episode.” State v. Cuevas, 358 Or. 147, 155, 156 n. 8 (2015). A “criminal episode” is “continuous and uninterrupted conduct that establishes at least one offense and is so joined in time, place and circumstances that such conduct is directed to the accomplishment of a single criminal objective.” ORS 131.505(4).